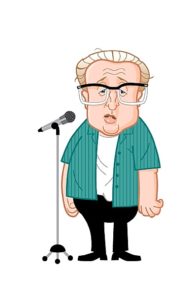 Jonathan Thymius is a nationally recognized comedian and actor who has starred in films, late show television and commercials.

2019 is Jonathan’s 25th year doing standup comedy. In 2009 Jonathan was a runner-up to the semi finals on NBC’s Last Comic Standing (LCS) season 6. In 2010 Jonathan was a finalist on LCS season 7, regarded by critics as the best LSC episode ever. Because of LCS, Jonathan had the honor to preform a set every Monday night on prime time NBC television for two months! After the shows 7th season, Jonathan toured the country with the shows finalists preforming in front of tens of thousands of people in arenas all over the United States!

Throughout the LCS season, fans and critics were complementing him all over the internet. Twitters were tweeting, bloggers were blogging and FaceBook posts were posting…  “a unique comic,”  “endearing” “authentic” “surprising” “out there” “my favorite.”

Of the experience of being on “Last Comic Standing,” Jonathan said, “I’m glad it’s over. For one thing, that Natasha Leggero can’t kiss. But mostly I think I’m going to miss my trailer. They always had it loaded up with goodies: Gummy bears, crackerjacks, defibrillation paddles.”

Before “Last Comic Standing”, you may have also seen Jonathan on MadTV, CPA-Holes, Star Trek Discovery, Seinfeld,The Cedars, The Adams Family Reunion or on numerous internet comedy sketches on Funny Or Die and YouTube. Today Jonathan still tours the country and hosts a podcast called Monkeys With Matches.

Jonathan has been a favorite at comedy clubs, festivals (a semi-finalist at The Boston Comedy Festival) and at clubs around the world including England, France, Amsterdam, Canada, Scotland, Jamaica and Palmdale. 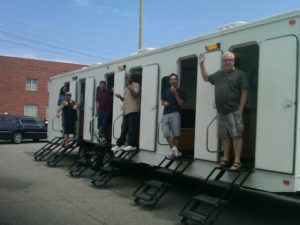